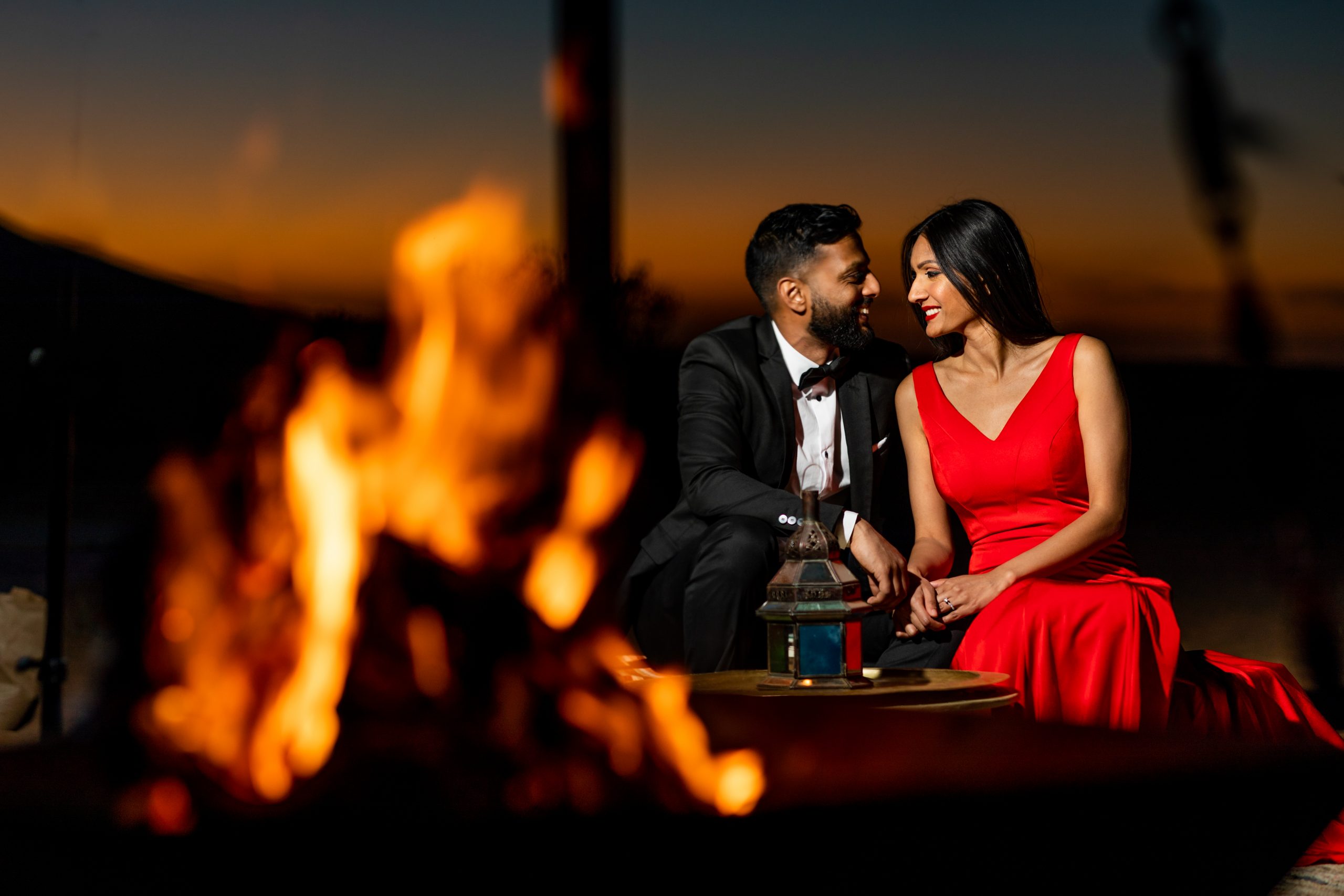 In March of 2019 the ASC team had the opportunity to film in Morocco where the Mediterranean Sea meets the Atlantic Ocean. Morocco is rich with cultural traditions and geographic marvels. Thanks to our ASC couple San & Sherrin we were able to film in diverse landscapes and varying climates over a week of exploring Morocco. These types of filming opportunities don’t come by often and in our initial meeting with San & Sherrin about their engagement shoot, Morocco was quickly short listed. Our trip started on the coast in the port city of Casablanca, then the blue pearl Chefchaouen in the Rif Mountains of northwest Morocco, to the Sahara in Merzouga, through the Atlas Mountains and finally stopping in the medieval city of Marrakesh. We travelled as a group of six with our amazing tour guide Mohamed from Morocco Helping Tours. This trip around Morocco was not a traditional tourist trip as we planned our time around our filming days, but we did learn a lot about the country from our tour guide.

This was one of the greatest creative opportunities we have had in our company’s history and also one of the most challenging. When filming an intimate engagement shoot over a number of varying climates/locations, in unfamiliar country, with its own unique cultures and traditions; it is very important to plan precisely. After our initial creative meeting with our couple we landed on going to Morocco to film because of the unique architecture (blue city) and particularly the access to the desert. What we didn’t plan for as well, was the cultural barrier to filming even with the correct permits. This is where our tour guide really helped us, and guided us around some of these social impacts. After our consultation with Mohamed we were privy to some cultural and religious guidelines which then made our filming experience smoother. The most valuable learning for us through this process was to plan precisely but also plan in accordance with cultural/religious guidelines in mind. For instance in Casablanca, filming video is heavily restricted around government and religious building, but photography is approved. In Marrakech filming and photography is not permitted in many historical areas, even with the correct tickets purchased. Further when requesting filming permits in Morocco you must request filming permits from the local and federal governments as well as religious institutions in order to be permitted. In some cases we received unfavouring news that there was no possible way to get a permit unless a local Moroccan film studio was used.

Regardless of these difficulties we came out with one the greatest pieces of work we have created thus far. The people of Morocco are incredible and hospitable, of whom Mohamed of Morocco Helping Tours is a prime example. The people of Morocco are what make the country so fascinating. They are a melting pot of cultural backgrounds but unique in the same respect and this uniqueness helped create this amazing country. We learned a lot in Morocco and grew as individuals as well as a company. ASC would love to go back one day, with the right permits of course, and create another masterpiece!

Thank you to the people of Morocco, our friend Mohamed of Morocco Helping Tours, and of course our amazing couple San & Sherrin.